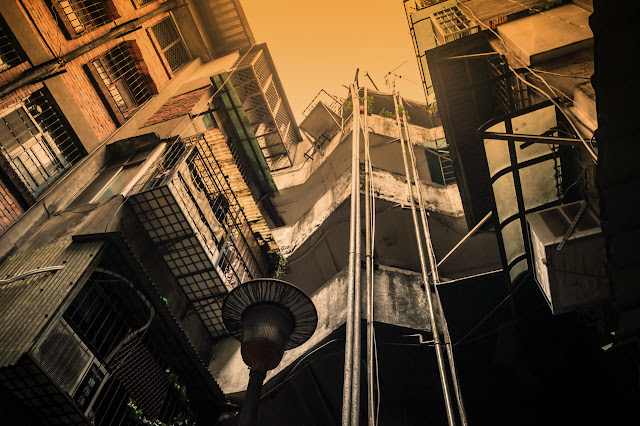 These gated communities are suburban housing developments surrounded by fences, tac-drones and cameras and have ubiquitous guards who patrol the streets, instilling a sense of security in the extremely wealthy residents, who pay substantial fees for the protection. The PLECs will fight bitterly for these lucrative contracts.

Rich drug dealers and cartel lieutenants have also begun moving into these developments, and bask in the glow of artificial respectability. There are many such gated estates throughout Mouille Point, Green Point, Three Anchor Bay, Sea Point and Bantry Bay. These areas, connected by the M6 and the M61, are simply referred to as The Points. There are branded security checkpoints on all entrance roads.

A landscape of condominiums, light apartment blocks, parks, fountains and private security 4x4s. Some areas are gated. Waterfront is home to what's left of the middle classes, as well as many Hub corporates. There are small (completely legal, completely safe, completely boring) street markets, roadside cafés, and schools. The south-eastern end is very heavily guarded to prevent violence in the docklands spilling into the area, and there are security checkpoints on all entrance roads. The Marina district operates under a siege mentality - cameras and acoustic gun sensors are omnipresent. Security contracts change regularly, with different PLECs policing the area almost on a weekly basis. 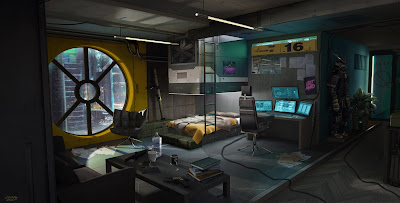 The original Afrikaner Broederbond was born out of the deep conviction that the Afrikaners has been planted in this country by the Hand of God, destined to survive as a separate people with its own calling. 'Blancheville' is the nickname given to this city block. Six fair-sized buildings with their connecting alleys walled, The Broederbond is home to a couple of hundred white people, ranging from infants to grandparents. The walls are sturdy and about 12 feet tall, with the outside decorated with graffiti, gang signs, and race-hate slogans. Rickety bridges lead from rooftop to rooftop, allowing patrols to travel easily from roof to roof. There are motion detector lights and alarms, but the Broederbond is a group of families, complete with children - it has no lethal defences, unless you count the residents. 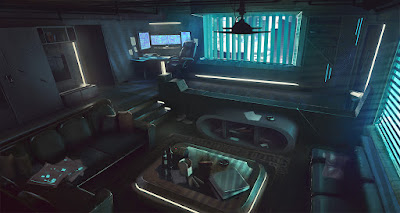 These exclusive, secure beach-front apartment complexes are what the sprawling, ramshackle favela slums of Brazil would look like if the residents had millions to design their homes, instead of using scrap plastic and plywood. There are also many expensive, secure private villas scattered along the waterfront.

A private, high-tech franchise city-state with its own constitution, border, laws, cops, everything. Owned and governed by Vanwelt Technologies Group. An award winning pocket park graces the roof of the Plaza building. Vanwelt schools are renowned.

This is a very expensive and safe place to live. The Horizonville area, in which the Protea Building is situated, was built solely with intercon money. The Protea Building was constructed to handle a large amount of monied people who needed expensive apartments. There are a number of similar buildings in the area. There are also speciality shops, parks, leisure facilities, private AV pads, boutiques, vineyards and restaurants, department stores, a golf course, a maglev network and cable car, in fact, everything the hard working executive and their family may ever need, surrounded by winding avenues and lush vegetation with commanding views of the Cape Point bowl. You need a corporate employment number and a credit check just to enter Horizonville. 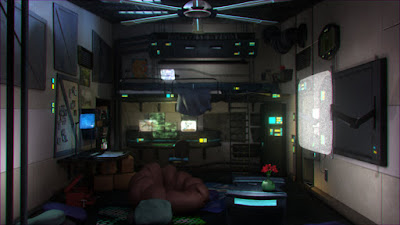 The Iziko Skyline Towers are a set of three cylindrical buildings of stepped heights, ranging from perhaps twenty to thirty stories high and ringed with myriad small balconies, sprouting out of a multilevel parking garage (with it's own visitor's entrance, as well as a gated resident's entrance).

It's easy enough to find metered street parking, and there's an elaborate granite stoop leading up from the sidewalk to the pedestrian entrance. A spot-lit slab of granite next to that entrance reads 'Iziko Skyline Towers' in an engraved script font, and features a stylised 'big city skyline' logo.

Inside, there is a security desk, dark granite flooring, a fountain with a little waterfall and real
trees in planters climbing toward the atrium windows above. Lots of low-slung divans and chairs, and even a little automated coffee bar off to one side. There are three short, wide corridors that each lead to a bank of three elevators - one for each tower. There is another vestibule leading to the parking garage.

Inside each of the towers there is a circular lobby in the middle, with a single set of large picture windows facing out over the city. The individual condos, along with the elevator shafts, form a ring around this central lobby.

Each condo features one or more of the balconies seen from outside. The lobby's decor is similar to that downstairs, but on a smaller scale. There are more low-slung couches and tables forming 'conversation pits' here and there, giving the residents of a given floor a place to socialise with one another. The condos are entered via a slightly cramped, dim foyer that opens to a medium sized open-plan living room, which is nicely appointed and furnished - bamboo floors and some soft rugs here and there, a couple of curved, contemporary couches forming a vague yin-yang around a thick tempered-glass coffee table, vertical blinds drawn over a picture window on the other side. Big TV on one wall, and a dining table and kitchen with a breakfast bar on the other side. Tasteful art. A couple of doors here and there that lead to bedrooms and a bathroom. Peephole cams are mounted in the doors with a monitor screen on the wall to the right. 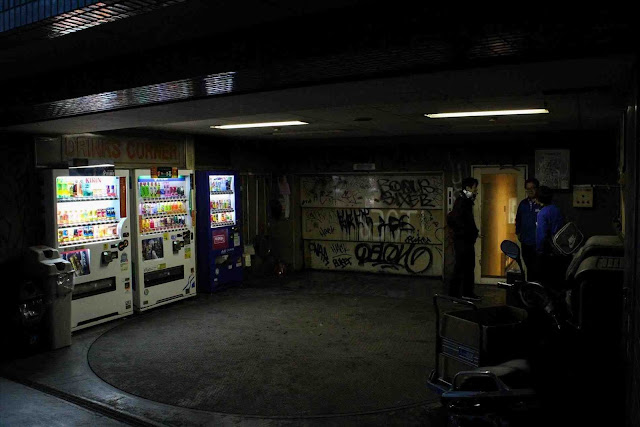 If you can't buy or bullshit your way into any of these premier establishments, a discerning punk can always hole-up in such grand piles as sunny, breezy Link Town, cosy Devil's Peak, sea-front Atlantia, or the fresh and always welcoming Warrens.

*with apologies to Richard Balmer for bastardising his ideas. Again. :)
Posted by Geist at 17:01